on US NOAA layer 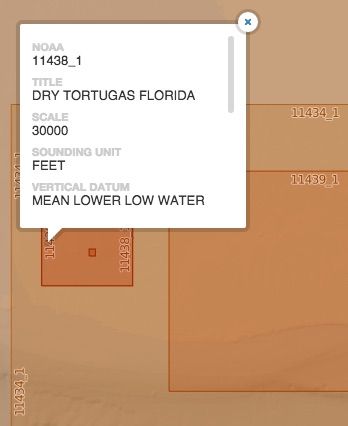 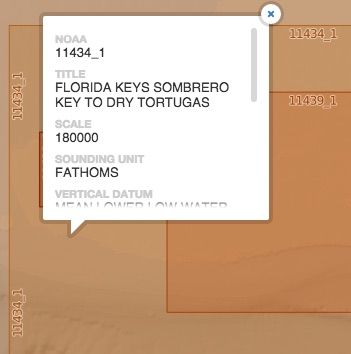 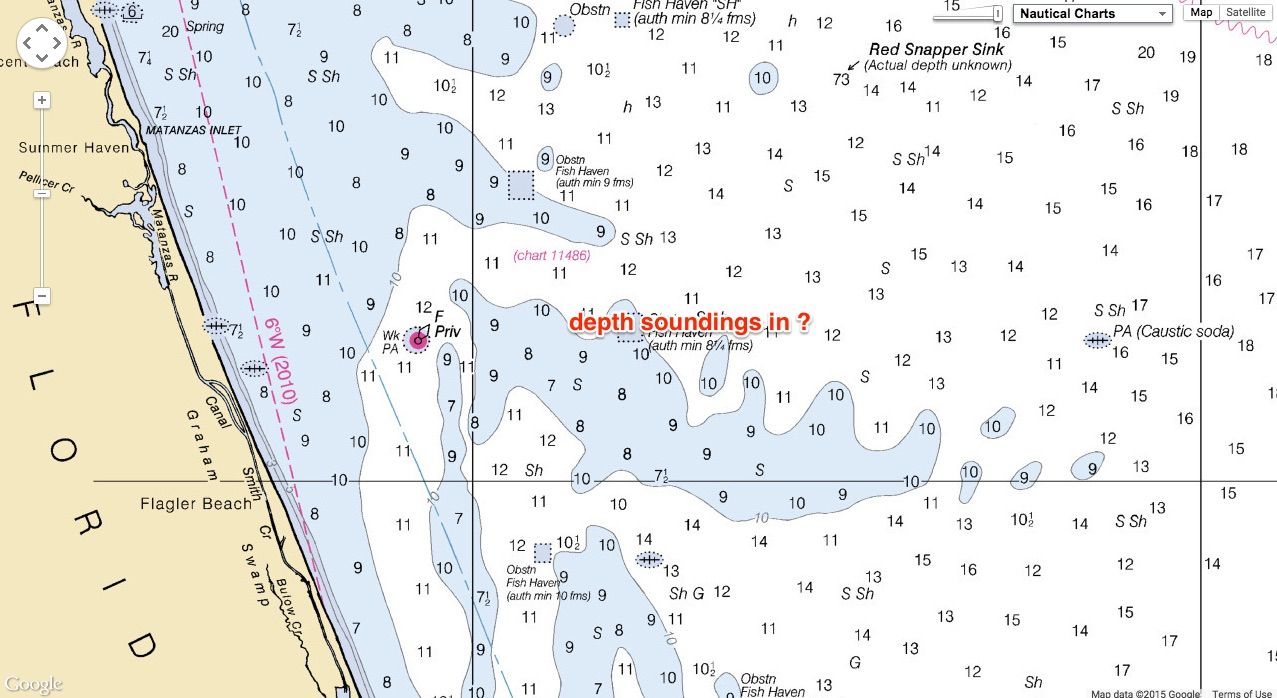 Numbers printed on the water areas of the chart indicate the depth of the water at that spot.

However, a 3 on the chart might mean three feet, three fathoms, or three meters.

So it is important to know which unit of measurement is used.

On the GeoGarage platform, the units are readable with the help of the NOAA layer coverage.

We already discussed of the soundings for the NOAA raster charts layer in a previous post.

Subscripts, such as 52, show depths in fathoms and feet (5 fathoms and 2 feet) or decimal meters (5.2 meters).

Note : in the case of SOUNDINGS IN FATHOMS AND FEET, a fathom, by the way, is six feet, so on a chart with soundings in fathoms, a number such as 03 means zero fathoms and three feet.

In the catalogue of NOAA nautical charts, we have :

In 1992 U.S. charts began switching from feet and fathoms to soundings in meters.

If you haven't made that switch yet, you can divide soundings in meters by 0.3 to get the approximate depth in feet. But as you can see, only 42 charts are in meters today.

Charted depths and drying heights on nautical charts are given relative to chart datum.

Some height values on charts, such as vertical clearances under bridges or overhead wires, may be referenced to a different vertical datum.

Note : other local vertical datum are used especially for lakes :